Home » About Us » Warning Signs

What are the Warning Signs I Should be Looking For?

When children start spinning out of control they usually exhibit many different signs which parents need to watch for. Unfortunately, many parents often write-off these signs as normal adolescent behavior and as a result they don’t realize that their child is into drugs or other at-risk behavior until it is too late.

So how can you as a parent know whether or not your child is in danger? Simple … by understanding that every child is in danger of this. The parent who says “not my kid” is the same parent who will miss all the signs that their child has started experimenting with drugs, promiscuity, illegal activities or other troubled behavior. Often they will stay in this state of denial until their son is in real trouble. So what should you as parents be looking for?

These outward signs of rebellion should be obvious to a parent. Has your son started listening to radically different music such as heavy metal, rap or punk rock? Have they made drastic changes to the color their hair just to fit in? Is he dressing down to fit in with friends at school? All of these are outward signs that your son is succumbing to negative peer pressure.

He might try and tell you that his new friends are cool kids. But you need to take a close look at the kids your child is hanging out with. Don’t be afraid to ask other parents. Chances are the way these friends behave is the way your son behaves when you’re not around. Do some of your son’s friends smoke cigarettes or pot? Odds are your son is smoking too. One of the best ways to get a good idea of what your son is doing is to educate yourself on what their friends are doing.

Stay in touch with your child’s school. Never assume that his school will be in touch with you if there’s a problem. Skipping classes or school altogether is a good indicator your son might be experimenting or regularly using drugs. Kids who do this tend to take off during the middle of school and get high or drunk. Don’t assume that his school will let you know about this kind of behavior. Stay keenly aware that kids are great at covering up this kind of behavior. Every kid knows how to forge their parent’s signature, this unfortunately is reality. Call your child’s school from time to time and ask about your child attendance record. You need to take the initiative!

Does your son seem distant? Does he constantly want to be with his friends, away from home?  When you ask your son what he’s been up to, does he give vague or no reply? Does he want to eat in his room instead of with the family? Children are smart – they know that the easiest lie to tell is the one they can avoid having to tell. If your son doesn’t tell you what he’s been up to, there’s a good chance he’s hiding something.

Changes in attitude and personality

Does it seem like your son is suddenly a completely different person with a new personality that makes you uncomfortable? Has he suddenly developed a tough guy attitude? If your son is experimenting with at-risk behavior, there’s a good chance you’ll be seeing these attitude changes. Often parents just see this as normal teenage behavior and write it off. Don’t make this mistake . . . you might overlook one of the most obvious signs there’s a problem.

These changes should be fairly obvious. Does he stay up late (or all night) refusing to get up in the morning for school? Does he sleep way too much or way too little? If he isn’t sleeping much, there’s a good chance he’s using.

Excessive use of foul or obscene language. Has he suddenly developed a new vocabulary? This might indicate that he’s giving into peer pressure from their friends and should be a warning sign to you. If your son is trying to fit in with his friends by cussing, sooner or later he’ll probably look for other ways to gain acceptance in his peer group. One of these ways is often drugs and or alcohol.

Eating way too much or way too little

Another sign to look for that usually points to drug experimentation and is often mistaken as normal teenage behavior is a drastic change in eating habits. Marijuana use tends to increase his appetite while other drugs will decrease the desire to eat.

Paranoia – everyone is out to get me

Does your son treat everybody as if they were the enemy? Does he believe everyone is out to get him? Does he seem overly paranoid? This too is often mistaken as normal teenage behavior. This is one of the most common signs of drug abuse. It’s one of those signs you don’t have to look hard to see.

Do your son’s eyes look different? Are the pupils unusually large or small? Does your child wear sunglasses (even at night or indoors)? A person’s eyes always show the effects of the drugs they’re on. If you suspect he’s experimenting with drugs, notice his eyes. Are they often red or glazed?

Has your son developed a violent side? Is he prone to sudden, uncontrollable fits of anger? This doesn’t have to mean physically violent (though that is often the case) but can also be a teen who is always yelling or threatening people. Any of these things should be a warning sign to you that your son could be experimenting with alcohol or drugs.

If he’s experimenting with drugs, he’ll be telling frequent lies to cover up. Teens tend to be very good at covering things up. If you start wondering whether or not your child is telling you the truth there is a good chance that your instincts are right. Be persistent and learn what it is that they’re trying to cover up.

Does he seem happy one day, then terribly depressed the next day? Do your son’s emotions go up and down erratically? This is often confused again with “normal teenage behavior”, but it can also be an obvious sign of drug and/or alcohol abuse. Don’t simply write it off.

If your son keeps coming to you requesting money, or you find money missing from your purse or your wallet, it’s time for a serious talk with him. Especially if they always seem to need $20 or $50 — round amounts — typically how drugs are sold.

We can help your teenage boy who is displaying risky behaviors through our specialized boarding school program set in a safe and structured environment. We have a limited number of placements available, so call us today!

“I speak from more than 20 years of knowledge of the organization when I tell you, Teen Challenge works.”

“Organizations like Teen Challenge…have a far better record of dealing with social issues and people in difficulty than do the bureaucrats.”

“I truly admire Teen Challenge because of its loving, life-giving ministry to individuals who are bound by life controlling addictions.”

“Teen Challenge is one of the most successful programs in our country.”

Teen Challenge provides a safe haven for adolescents who have sought to fill the void in their hearts, only to reap destructive consequences in its place. Our boarding school provides an opportunity for each student to refocus and assess his life decisions and allows him the opportunity to choose the abundant life Christ has to offer.

Let us know how we can help! 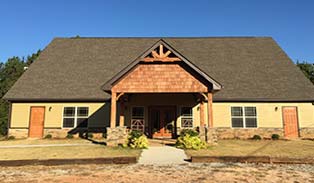 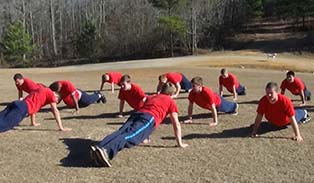 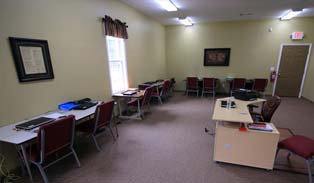 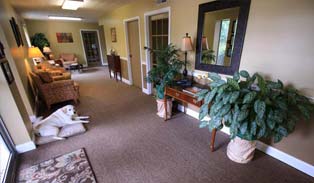 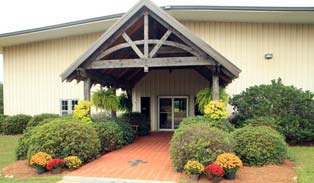 Most of the students in our care are diagnosed with RAD, ADD, ADHD, or are self-destructive. We work with boys exhibiting behavioral issues related to anger. Over half of our students are adopted and brought by adoptive parents seeking help for obstacles specifically related to adoption. Some of our students have experienced infringements with law enforcement. Our students clearly have good hearts; they just need to learn how to make better choices, have the opportunity to alter their behavior and be given time to redirect their lives. Call us today to see if your son would be a good fit for our program. 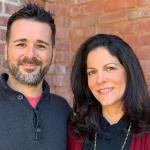 Bryan & Amanda Rule were married in 2003 and have two children. It has always been their desire to see lives changed through a strong education and real purpose in their life brought about by a relationship with their Maker.

Bryan & Amanda Rule were married in 2003 and have two children. It has always been their desire to see lives changed through a strong education and real purpose in their life brought about by a relationship with their Maker.

When children start spinning out of control they usually exhibit many different signs which parents need to be aware of.